MIPTV and the astonishing fact of its relevance to Onteca 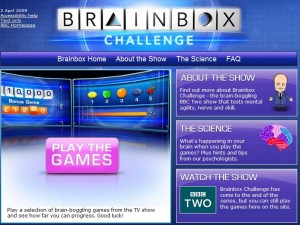 An industry event that appears to be useful and thought-provoking. Then again we are living in ‘interesting times’, especially for old media. I’m tempted to point out ‘all their base r belong to us’, were that not all a little 1997.

In the meantime, it looks like the ARG horse is still being flogged, Was there ever a point  in time when this particular format was alive, rather than just a seam of digital fake-gold seeded in the internets to lure investors? Thing is, giving life to simulacra is what we do, so maybe the next iteration will go beyond the existing tiny demographic into a mass market or two.

Oh, and they have finally noticed that ‘gaming is a force to be reckoned with‘.  Astonishing, although the speaker admits the old media industry is still sceptical. The guy who posted the article added his own comment, as you will see if you look closely at the following: (http://www.reedmidem.com/mipblog/index.php/2009/04/02/108-arse)

Onteca’s forays into the merging of of gaming and TV have shown plenty of scope for the field. In fact our collaboration with the BBC for the Brainbox Challenge series of games has become a talked-about proto-type of the genre, demonstrating the truly disruptive potential of this approach.

Onteca is going to do  further work in this area. Three of our programmers have just returned from BBC training in MHEG, a language for creating terrestrial interative TV. Under a hundred people in the country can code using this rather useful language.

Good job, though, that we didn’t pursue our plan to create a widget for helping content creators to make interactive TV. As it seems Yahoo had the same idea. Reason why Onteca has a policy of not getting over concerned with IP;  if your idea is any good, someone else is thinking along the same lines anyway.

Still, looks like an entertaining event. Made us hungry for more. Roll on BTween, which is in Liverpool this year.